After years of fund raising through funding applications, bake sales and fun days Wheelers Lane College in Birmingham finally had enough in their budget to upgrade their old existing tarmac MUGA to artificial grass. They had wanted to get the facility upgraded to allow better usage for PE and also allow a safer more colourful and fun environment for the children to play and learn through outdoor education.

They came to STM for a quote and advice on surfacing as they weren’t sure which route to go down to best suit their budget and also to ensure value for money. Following that consultation, we were able to offer them a solution that not only fell within their budget but also one that gives the college a MUGA that will be accredited to FIH Multi use for football, netball, tennis and hockey.

Once we were awarded the contract, we got to work on enhancing their design and working together to come up with a layout that worked for them to utilise the area and maximise its usage.

Now the MUGA is complete, Wheelers Lane now have a surface that they can rely on for many years to come, safe in the knowledge that they now have a facility that is top of the range for their students. 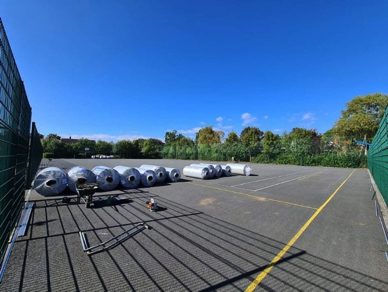 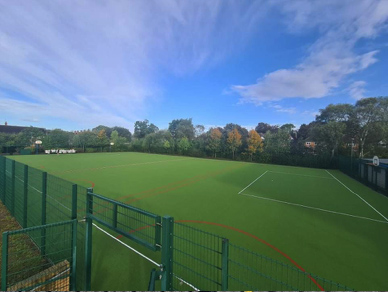 and after the STM treatment. 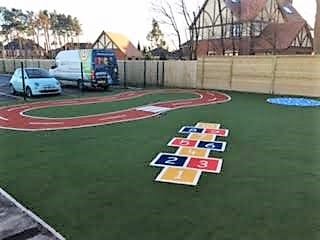