Should the School Day be Made Longer?

Two head teachers battle it out

In the heavily debated area of education, there is one thing that’s certain: children should be provided with the environment they need to thrive, develop, and be happy. Ideas, however, about the best ways to achieve this clash on a daily basis, with alterations to the state education system being proposed on a constant. Of course, with private schools having the freedom to explore and implement their own philosophies, we get a glimpse into the effects of some more alternative methods of teaching. This week, The Guardian plays podium to two opposing views: one that fights the corner of introducing longer school days, and one that suggests this is nothing less than harmful to the children that are subjected to them. 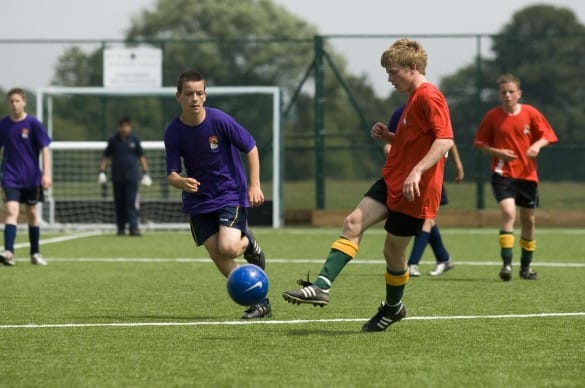 Six weeks worth of summer holiday is too much

Earlier this year, Secretary of State for Education, Michael Gove, attempted to lengthen the school day and shorten school holidays, claiming that the six week summer break was an outdated system, designed in a time when we had an agricultural economy: “That world no longer exists and we can’t afford to have an education system that essentially its hours were set in the 19th century.” Gove’s ideas were rejected by the Schools Teachers’ Review Body.

That’s not to say, however, that the debate was put to bed. Head teacher, Roger Punton, made the decision to lengthen the school day at private high school, Kingsgrove North:

“The longer day produces clear benefits … The extra time in the day allows us to have a daily literacy lesson in key stage 3, along with at least one hour of maths each day … We’ve already seen an increase in reading ages and a rise in pupil confidence in literacy. The extra hours mean we can also avoid squeezing other subjects, so, for example, we still also provide two hours each of geography and history a week.” - Roger Punton, Kingsgrove North High School

Punton’s thinking, at face value, is logical. But does it come at a cost? More hours in the day is a nice thought, but we can’t add on to the 24 hour system we live by. This leaves one question: what, if any, sacrifices to kids have to make to accommodate longer days at school?

Tim Hands, former head teacher of The Portsmouth Grammar School, argues that “children need leisure” and that “all work and no play harms students”. In his article in The Guardian, Hands talks about Margaret Thatcher’s ideas about education, stating that she and the education secretaries of her time “only saw children in terms of academic measurement.” He goes on to talk about the importance of holidays and leisure time not just for children, but for teachers too. Hands believes in this philosophy so much so that, opposite to Punton, he actually decreased the school year at the independent school he headed in Portsmouth:

“My first target was the Christmas holidays, which I extended from two weeks to three, noticing how tired many of the staff were when they came back, exhausted after looking after their in-laws over a supposed "holiday" period … Teachers and pupils were in a better frame of mind for the rigours and challenges of everyday school life.” This system, Hands says, not only led to happier pupils and staff, but to better exam results too.

There’s more to childhood than academia

Hands’ idea is that the development of a child is not purely an academic process. Punton, it would seem, agrees on some level, saying that the extra hours in the day at his school are often used for “extra curricular activities” such as newspaper club, Thai boxing and choir practice. It’s fantastic to be able to achieve in areas outside curriculum subjects, but Hands’ points to the fact that children need real relaxation time, not further controlled learning. Punton also argues that a longer day will help children prepare for the world of work, whilst Hands believes that leisure time puts children in a better “frame of mind to perform”.

Two totally opposing views, two different ideas about what children need: we’d love to know where you stand on the subject. Would children benefit from a longer school day? Or should things stay as they are?

Whether you’re a teacher, parent or just want to share an opinion, tweet us @SyntheticTurfM. Let’s talk this out!

Phonics in the Playground- Learning Through Play