What is a MUGA?

A MUGA or mixed-use games area are becoming increasingly popular facilities to build in schools. These smaller areas ranging from around 600m2 to around 1500m2 on average are great ways of improving unusable space and enhancing physical activity.

A MUGA will typically be installed with one of three surfaces. These surfaces are tarmac with painted on markings, polymeric (wet pour rubber) or synthetic grass (sand dressed or in some cases 3G). Any one of the systems are compliant with Sport England.

When building a new MUGA, as well as the top surface, there are other things that need to be considered to ensure the longevity of the area. The main thing to be looking at is the sub-base build up. Typically, we would work to a minimum stone depth of 200mm with either 50mm dynamic stone layer or 50mm macadam layer on top when installing artificial or polymeric surfacing or a 65mm tarmac layer if the finish is to be tarmac only.

At STM we specialise in artificial grass, so when installing this surface on top of the sub-base we would install a shock-pad to allow the system to meet accreditation for Tennis, Hockey, Netball, Futsal and Basketball. To do this we would typically install a 15mm insitu paved pad with a high binder content to allow all sports to be played. If the accreditation isn’t too important, we would recommend a stone base with a 5mm pad which will mean the MUGA doesn’t necessarily hit the accreditation but will be a safe environment where all sports can still be played.

Another important factor to consider when building a MUGA is the fencing surrounding the area. The recommendation, certainly when multiple sports are being played, is to have a twin bar rebound fence system. This system is durable and will be strong enough to allow footballs and basketballs to hit it without causing damage. We would also suggest that a 3m high fence is installed especially where basketball is being played.

On occasion 3G surfaces will be installed as MUGA where either hockey and football (40mm 3G surface with shock pad) or Rugby and Football (60mm surface and shock pad) are to be played. These MUGA’s tend to be larger than a standard MUGA that would accommodate Netball, tennis, basketball etc.

Finally, as with any surfacing maintenance would be required. Whether that is polymeric, tarmac or Artificial grass each surface would need regular maintenance which needs to be done inhouse and a professional maintenance which STM can undertake at least on a quarterly basis to ensure longevity of whichever surface is chosen. For more information about MUGAs, please follow this link. 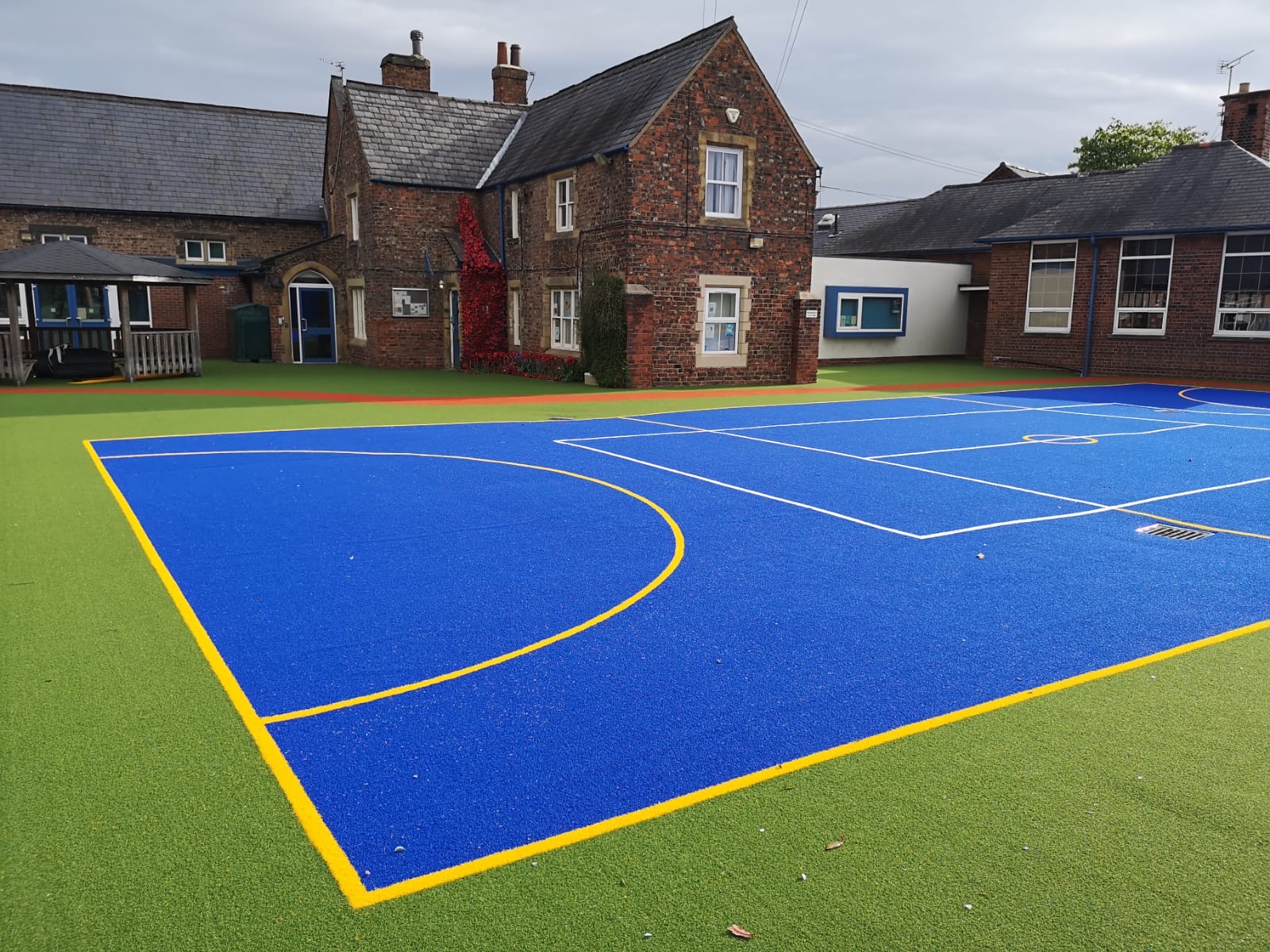 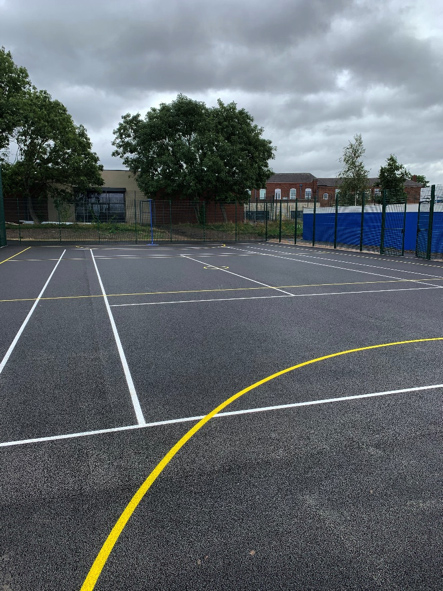